Today, we are in full-blown National Parks Camping Staycation mode. The tent is set up in our dining room. Our dining table and chairs is in the living room. We used painters tape and taped some Christmas lights to the frame of the tent to make it extra special. The Christmas tree is up and right outside the front door of the tent. My son even got exited to decorate with his woodland animal stuffies (stuffed animals). There are several stuffies now hiding in and around the tent.

Upon taking a minute to search, I discovered (I admittedly do not spend much time on Disney+) that Disney+ has an “America’s National Parks” show. Boom! Perfection. #Winning. My son and I watched the Everglades National Park and the Olympic National Park episodes this afternoon. We will be watching more of these this next week.

We also found and printed the National Parks Junior Ranger packet for archeology. My son got about 14-15 pages into it already today. I’m sneakily counting this as a #win as well. He didn’t complain about doing “work” on spring break, because it’s fun and he doesn’t realize it’s work.

Some pages of the workbook are a quick fact sheet to read. Some pages are a worksheet to complete. He will probably finish the packet tomorrow or Wednesday. The next one he wants to do is the one about caves. By the way, he is TOTALLY into this whole staycation idea and is SUPER excited. He helped with all of the set up. The tent, getting the mattress in the tent, getting his sleeping bag set up, setting up the tree… the works. He was 100% all in.

At some point this morning during all of the set up, I realized we had absolutely no way to make s’mores tonight. Huge bummer right? What good is camping without a s’more? It’s like just having a peanut butter sandwich without the jelly, it’s just not the same.

I was determined to find a solution to our s’more-less issue so I did some Pinterest-searching and found several brownie recipes that used a graham-cracker crushed crust and a marshmallow top. This is something we could pull off. We had mini marshmallows, not big ones. We didn’t have any Hershey’s chocolate bars, but we did have a box of brownie mix. We didn’t have graham crackers, but we did have some graham-ish cookies that we could use to fake a graham cracker crust. (I wasn’t sure even if my husband went out for groceries that he would find graham crackers anyways…)

My son and I found a recipe and got to baking. Mic-drop on these s’more brownies guys, for reals. Let me tell you, they were fabulous. The best part of all of this, is we had everything in our cupboard. I’ve been challenging myself to not run to the grocery store like I would have pre-social distancing. If we had decided to do a camping night at home before, I would have totally made a trip to the grocery store to grab those items.

This whole making do with what we have on hand is not a new concept. It’s just not something we are used to. We all have such a “I want it now, I will buy it now” mindset. These last 2.5 weeks have forced me to look at what I have a little bit longer then what I used to. I try to utilize what I have, especially in terms of making meals with food that’s in the house.

Tomorrow we are going to bust into the “Trekking the National Parks” game I’ve mentioned I purchased, watch some more of the “America’s National Parks” episodes on Disney+ and find some more ways to make some fun memories during this staycation spring break. 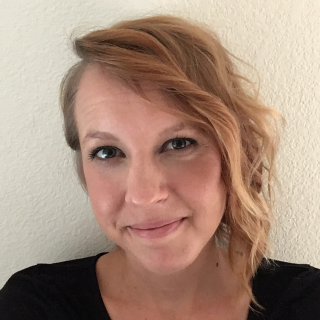